Are you looking for children’s books that inspire your child (and even you!) to reach for your dreams? Or how about finding captivating books that may teach you and your child something new about history you might not have known?

The month of February is celebrated as Black History Month. A month where we commemorate and learn about the many contributions black people have given to our society for the fight of freedom. The following books will influence you to take a moment, even for a second or a minute, to pause and reflect on the power of courage and determination to make one’s dreams come true.

From the storylines of a young child whose father built the National Memorial African Bookstore to a basketball athlete who stood up for equality, here we list 5 children’s books that celebrate black history! 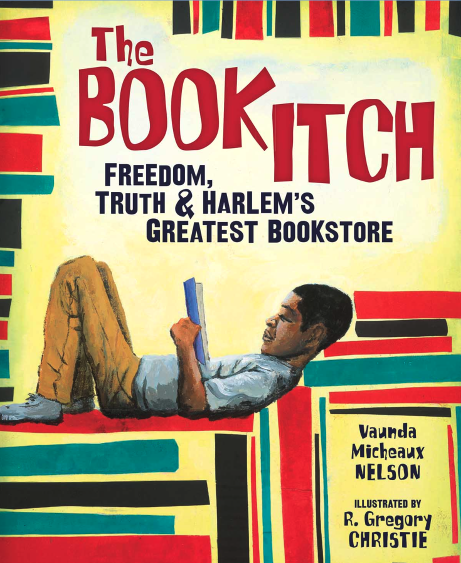 It’s said that when you have an itch, you have to scratch it!

The Book Itch tells the story of a young child, Lewis Michaux Jr, who grew up in the bookstore  his father, Lewis Michaux Sr., fought to open in the 1930s. This bookstore on Harlem Square was known as the National Memorial African Bookstore. Lewis Michaux taught his son that books were knowledge and important for fostering new ideas.

The book is fiction based on the perspective of the child, but the historical events and individuals included are not. Although the bookstore had to relocate to a new location and was eventually closed in 1975, it remains a huge part of black history during the Civil Rights movement. The bookstore was known as “the place where people could find good information and new ideas” thanks to the help of Lewis Michaux, who was later known as the Professor. Well-known individuals such as Muhammad Ali, Malcom X, Langston Hughes, and other notable people visited the bookstore at that time.

For ages 6-11, this book will encourage children to fight for what they believe in and make their dreams come true just like Lewis Michaux did with his dream of offering black people books to educate themselves on their history and free themselves. As Lewis Michaux Jr. says, “Maybe someday, [if you] believe in something so much [you’ll] have the itch to make it happen.” 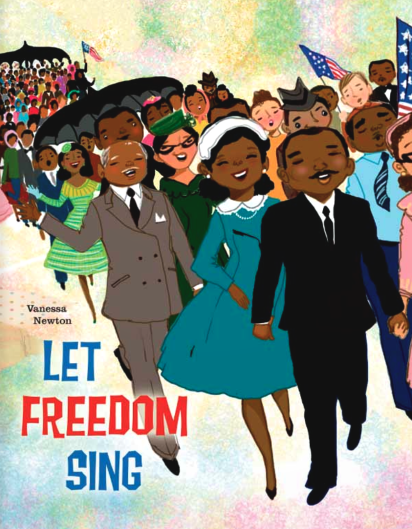 Join me in a song about freedom!

Let Freedom Sing is about the importance of music during the Civil Rights movement specifically focusing on the song “This Little Light of Mine”. While singing the song, the author also includes historical facts about specific individuals and what they did to make a difference in the struggle for freedom and equality.

It talks about Rosa Parks and her defiance against giving up her seat.

The Little Rock Nine who fought for equal rights in education.

The song goes in order from Rosa Parks to the present-day when Barack Obama was president. The song implies that when you let your light shine, you are speaking out against injustice. For ages 4-11, children will learn that they can make a difference by speaking up for what they believe in.

3. Ruth and the Green Book 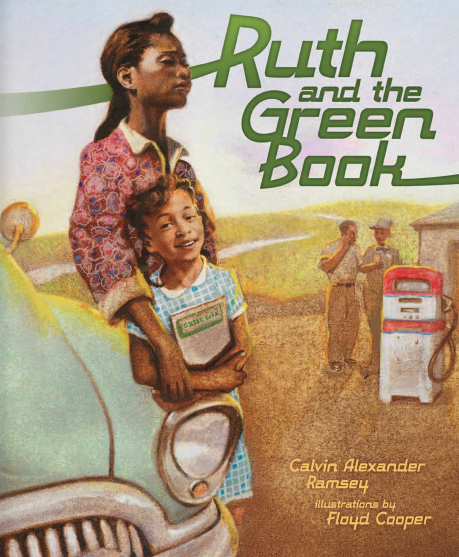 With the Green Book, black people could travel around the U.S and even other countries safely.

Ruth and the Green Book tells a fictional story of a young girl, Ruth, whose parents plan a road trip from Chicago to Alabama. While traveling, Ruth realizes certain restrictions are put in place that prevent her and her family from getting service at gas stations to not even being allowed to use a restroom. Until they meet an attendant at an Esso gas station do they discover the Green Book, a guide for black people to find safe spaces across the U.S while traveling by car.

Although Ruth’s story is fiction, the subject matter itself is not. The Green Book written by Victor Green was spread by word of mouth during the Jim Crow era and included the U.S along with Bermuda, Mexico, and Canada. The last edition of the Green Book was in 1964 when the Civil Rights Bill was signed by President Lyndon B. Johnson. It prohibited discrimination against customers at hotels, gas stations, restaurants and many other locations.

4. Courageous People Who Changed the World 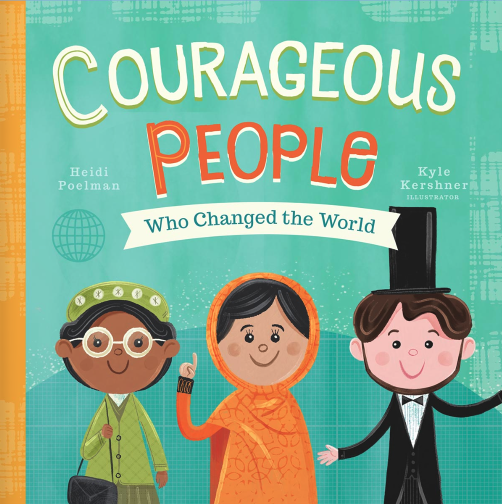 Courageous people are those we have to thank for inspiring change.

In Courageous People Who Changed the World, there are eight people who are featured. Among this group of people, we read about Harriet Tubman who started the Underground Railroad to help other people seek freedom. Then, Rosa Parks who went to jail for not giving up her seat. This act alone led to a boycott against buses which influenced leaders to change the laws on discrimination. Along with Harriet Tubman and Rosa Parks, we learn about Martin Luther King Jr. who believed everyone should treat people the same as how they would like to be treated and not be judged by one’s skin color.

All the people mentioned above seeked freedom and equality and had to be brave to speak up against injustices they lived each day. They were a major part of black history as black people reached for their dreams. For ages 6-11, children will learn about the courage and patience needed to spark a change in the world. Perhaps someday, these children will be motivated to make the world a better place if they follow their dreams and really believe in them. 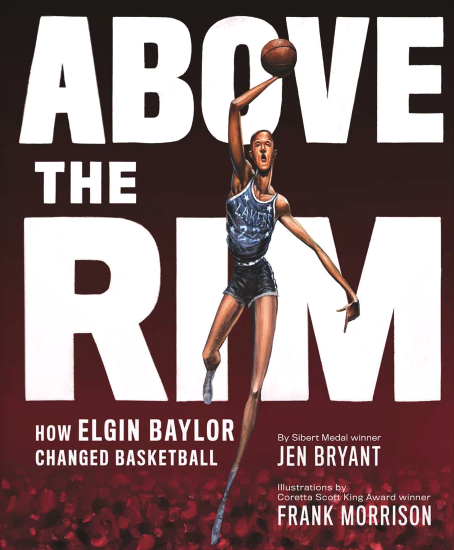 Things can change in time. Sometimes you have to sit down to stand up.

Above the Rim narrates the story of Elgin Baylor during the Jim Crow era when he was a child playing basketball in his hometown of Washington D.C to an adult playing basketball for the National Basketball Association (NBA). While the book tells the life story of Elgin Baylor, it also intertwines the history of the Civil Rights movement to the turning points of Elgin’s life. When Elgin led his college basketball team in Idaho to victory, Rosa Parks had refused to give up her seat that same winter. In 1958, when Elgin led his basketball team to the college championships in Seattle, the Little Rock Nine were making headlines for sitting down in an all-white classroom. That same year, the Minneapolis Lakers chose Elgin Baylor to become a professional athlete for the NBA.

Although the traveling conditions were not great during this time, Elgin still played his best at all games. But, when Elgin and his team traveled to West Virginia for a game, all the hotels and restaurants said “whites only”. Although they were able to find a place to stay, it really sparked something in Elgin about the discrimination black people endured. That night during his game, Elgin did not change into his uniform and, instead, sat on the bench. He told reporters and fans that he was a human being and wanted to be treated like one. Several people took notice of this action including the NBA Commissioner. After a few weeks, the commissioner made a new rule: “No NBA teams would stay in a hotel or eat in a restaurant that practiced discrimination.”

After that day, Elgin has inspired change in the basketball world. His moves and skills were not the only thing that made people stop and watch what he was doing. For ages 6-11, this story will encourage children to stand up for themselves and what they believe in.

As we celebrate Black History Month, we should remember the importance of black history and specific individuals who inspired change in this world. Children should be confident in their voice and that standing up for what they believe in, can lead them towards making their dreams come true. One person can make a difference, but a whole community can instill further change. Let’s make our children’s light shine bright!